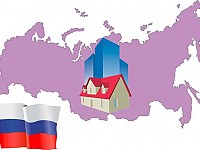 The tourism sector is one of the most important facets of a country’s economy. Whether or not that system is dying, investments must be made to boost its overall performance. Russia seems to be in a good place right now, with investors flocking in to get a piece of the pie. The revitalized hotel industry in Russia is proving to be one good investment, since the country aims to build a total of 159 hotels. Among many investors, hotel giants are keen on taking Russia by storm.

Russia is not one to have many tourists all year round, compared to other pristine destinations in the west. However, with the upcoming Winter Olympics in 2014, the city of Sochi is putting all its eggs in one basket with the erection of 25 new hotels.

This boom in the hotel industry dawns from the added attention Russia is getting. Putin is making the effort to boost tourism with added infrastructure for tourists, with 28 new hotels in Moscow. The latest of which is the Hyatt Regency, an ideal hotel for business class personnel which includes 297 lifestyle rooms for comfort and maximum service. Plans for upcoming locations include in Sochi, and 2 in Wladiwostok. Not only that, the Hyatt Regency also plans to build 30 new properties in China, Mongolia, and India.

Investors from hotel giant Kempinski also eye the Russian hotel industry. Kempinski plans to construct 8 high class hotels with 2 of them situated in Moscow. The largest one, Kempinksi Chernomoritz Park Spa Hotel, will be constructed at Sochi and should be completed by the year 2014. The hotel is to have 664 rooms in total.

Hotels Group will also look to have a share of Russian land. The hotel plans to complete the construction of 7 hotels in Russian soil by the year 2014; with IHG having its major project with the Holiday Inn inside Crocus City.

The Carlson Rezidor Hotel Group is a fast growing hotel business which is paving the way with 23 hotel projects in Russia. The hotel giant is initiating three major projects in the name of Radisson and Park Inn, which is situated in Sochi.

Not to be forgotten, the Starwood Hotel Corporation is also looking to build 6 hotels inside the country. Among major plans on building the Sheraton, which has 333 rooms, will be situated near the Sheretmetyevo International Airport in Moscow.

Russia looks ready for a big splash in tourist activity. The Winter Olympics will have a lot to do with how the projected plans for tourist infrastructure will pan out. 2014 is a big year for Russia. The Sochi area, where the event will happen is a major competition ground for investors in the hotel industry. Everyone is looking to take advantage of the major income 2014 will bear.