Welcome message of the Head of Moscow Tourism and Hospitality Committee Mr. Sergey Shpilko to exhibitors and visitors of MATIW 2013 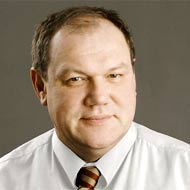 On behalf of the Moscow Tourism and Hospitality Committee I would like to welcome all exhibitors, visitors and organizers to the 19th edition of the Moscow Autumn Travel Industry Week MATIW that is rightfully considered as a major autumn travel industry event in Moscow, Russia, and the CIS countries.

This autumn turned out to be special in Moscow. The capital has prepared a lot of new things for the major autumn travel & tourism industry show: Otdykh/ Leisure, Luxury Leisure, MIBEXPO Russia, MITCO, the 2nd Congress of UNWTO on City Tourism. The hotel base has been expanded with opening 2 new big hotels in Moscow: Novotel Moscow City and Nikolskaya Kempinski Moscow. 10 more hotels will be opened this year as well. The small business has increased their investments in budget accommodation: during the first half of the year 20 new hostels were opened in Moscow.

Early September the longest intermodal sightseeing route on double-decker buses was launched in Moscow. One more pedestrian area, now on Nicholskaya Street has appeared in the city. We also launched several night public transport routes. Moscow parks have become even better, offering a lot of cycling routes. Special programmes were designed to familiarize the tour operators from Russia and abroad with Moscow museums.

All in all, the tourism is booming in Moscow and in Russia, and the 19th Moscow Autumn Travel Industry Week MATIW is going to demonstrate this trend. I would like to wish the organizers, exhibitors and guests successful work, fruitful negotiations, meaningful communications and interesting meetings in Moscow!