News from the traditional participant of the exhibition OTDYKH Leisure: Changi Airport welcomes the arrival of Ethiopian Airlines

SINGAPORE, 4 December 2013 — Changi Airport Group (CAG) welcomed the arrival of Ethiopian Airlines yesterday, the latest addition to the family of airlines operating at Singapore Changi Airport. The East African carrier will operate a thrice-weekly service between Singapore and the capital city of Addis Ababa in Ethiopia via Bangkok, utilising the Boeing aircraft in a two-class configuration.

To commemorate this new link, Ethiopia’s State Minister for Trade and Industry, Mr Taddesse Haile and Singapore’s Senior Minister of State for Trade and Industry and National Development, Mr Lee Yi Shyan, were on board the inaugural flight that landed at Changi yesterday at 1811 hours. They were accompanied by the Chief Executive Officer for Ethiopian Airlines, Mr Tewolde Gebremariam, among other senior government officials.

Showing strong support for bilateral Ethiopia-Singapore ties, the Ambassador of the Federal Democratic Republic of Ethiopia to Singapore, His Excellency Seyoum Mesfin, was also present to welcome Ethiopian’s first flight to Singapore.

Singapore shares strong economic ties with Africa. The African continent’s accelerated growth in recent years has stimulated domestic consumption, making it one of the world’s fastest growing regions. Trade flows between Singapore and Africa has flourished at a compounded annual growth rate of 20% since 2009, and registered S$13.8 billion in value last year.

Singapore is also Africa’s largest ASEAN investor, with significant investments in the sectors of consumer products, water preservation and construction. Similarly, African companies have been progressively using Singapore as a springboard to venture into the burgeoning Asia-Pacific region.

In terms of passenger movements, point -to-point traffic between Africa and Southeast Asia has grown steadily over the past five years. More than 1.08 million passengers travelled between these two regions in the 12 months ending September 2013, a n increase of about 45% from the corresponding period five years ago.

CAG’s Executive Vice President for Air Hub & Development, Mr Yam Kum Weng, said, “We are proud to welcome one of Africa’s fastest growing and most reputable airlines to

Changi Airport. Ethiopia is one of Africa’s largest economies, with its GDP growing faster than the rest of the continent. More significantly, the cooperation between Ethiopian Airlines and Singapore Airlines not only connects Singapore with Ethiopia but also on a broader scale, Southeast Asia, Southwest Pacific with the entire Eastern and Central Africa region. This cooperation will further strengthen Singapore’s air hub position.”

Mr Tewolde Gebremariam, CEO of Ethiopian Airlines, said, “Singapore’s strength and competitiveness as a well-connected aviation hub is the primary reason behind our decision to utilise Singapore as the gateway to Southeast Asia and the Southwest Pacific. Codeshare agreements with Star Alliance partners such as Singapore Airlines will offer Ethiopian Airlines the opportunity to extend our network to Australia. This new connection will contribute to the strengthening of trade, investment and tourism ties between a booming Ethiopia and a highly developed, innovative and business-friendly Singapore.”

Addis Ababa is a new city link for Changi Airport and follows the addition of Mandalay, Kalibo, Jinan and Lijiang to Changi’s network this year.

Discover the wonders of Africa

Holiday-makers in Singapore who are looking for exciting and exotic destinations can now consider exploring Ethiopia’s stunning natural landscapes and the unique cultural experiences from the birthplace of coffee. The carrier’s new Singapore service provides travellers with unparalleled access to explore more points in the African continent such as Nairobi, Lagos, Accra, Luanda and Dar es Salaam.

With an end-of-day departure out of Singapore and Addis Ababa, Ethiopian’s flight schedule is also specially timed to meet business travel needs. Business travellers will appreciate the early morning arrival into Addis Ababa to connect to 50 major cities in the airline’s dense intra-Africa network. Ethiopian Airlines will operate at Changi Airport’s Terminal 3 and the flight schedule is as follows:

To celebrate its commencement of operations at Changi Airport, Ethiopian Airlines (www.flyethiopian.com) is offering promotional fares for return economy class tickets starting from S$516. Fares exclude all applicable fees and surcharges, and terms and conditions apply.

Changi Airport (www.changiairport.com) is the world’s most awarded airport with more than 450 accolades received since it opened in 1981. To serve passengers and visitors from the world over, there are over 350 retail stores and 120 F&B outlets across the airport’s three terminals. Changi handled more than 51 million passenger movements in 2012, an annual record. Today, it serves more than 100 airlines flying to 270 cities in about 60 countries and territories worldwide. A flight takes off or lands at Changi roughly once every 90 seconds. 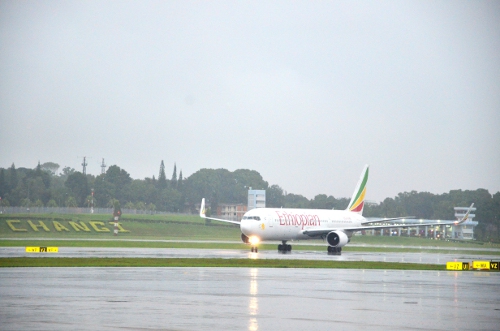 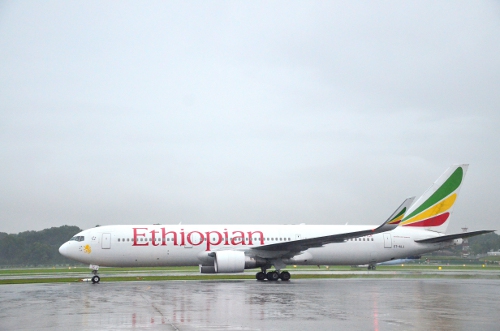