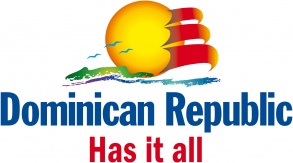 Russia is already the second most important source market for the Dominican Republic from the European continent, second only to France, a country with which it competes to lead tourist arrivals from Europe to the Caribbean nation.

According to the latest statistical report from the Dominican Central Bank, Russia surpassed Germany with 63,948 visitors in the first quarter of this year against 57,840 Germans. This rapid growth of the Russian market allowed it to stop being an emerging niche and position itself as one of the largest source markets of tourists to the Dominican Republic.

The fact that Russia has overtaken Germany fulfilled the projection given by the Minister of Tourism of the Dominican Republic, Francisco Javier Garcia, who had advanced in February that Russia aimed to pass Germany to compete with France for leadership of the arrival of European tourists to the Caribbean country.

In the past two years, Russia has pushed Italy and Spain down to show a geometric order growth, according to Garcia. „Russia will be vying with France to be the first market in Europe,” stressed the head of tourism at the time.

Garcia stressed that as a result of that growth, Russia opened an embassy office in Punta Cana and that at this rate they will need to open another one in Puerto Plata, because this is a destination that is captivating the ex-Soviet Union market.

The Dominican Republic has received more than 1.3 million tourists through March, a figure which reflects the permanence of the United States and Canada, the country’s two largest source markets, accounting for 60.45%, reflecting the arrival of 730,566 visitors, while the European region recorded a total flow of 339,488 tourists.