Kerala “the land of God” again at OTDYKH Leisure

Acclaimed by the National Geographic Traveler as “one of the ten paradises of the world”, Kerala offers not just a bounty of unparalleled natural attractions, but a world of peace and serenity. That makes an experience in God’s Own Country truly out-of-this-world. 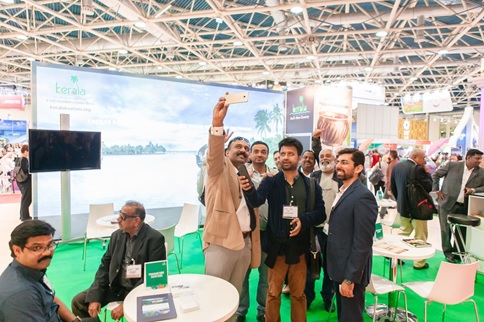 With a 42 sqm stand, Kerala will be the partner of win at Otdykh this 2018 edition. They will give the lucky winner 5 nights hotel accommodations. Kerala Tourism confirms that the event is one of the largest international autumn trade fairs for tourism in Russia and the CEI.

There has been an increase in the number of Russian visitors to Kerala, coupled with their interest in the key products like Ayurveda, Basckwaters and the culture of the country. Therefore, they know that OTDYKH will serve as the best platform for highlighting the major attractions in Kerala, pushing again a major increase in Russian tourists.

Visiting the “Land of God”

Located on the tropical Malabar Coast of southwestern India, Kerala has been named as one of the ten paradises of the world by National Geographic Traveler, Kerala is famous for its ecotourism initiatives and beautiful backwaters. Its unique culture and traditions and varied demography, have made Kerala one of the most popular tourist destinations in the world and a major contributor to the state’s economy.

Global marketing campaigns launched by the Kerala Tourism Development Corporation—the government agency that oversees tourism prospects of the state— during the 80s, laid the foundation for the growth of the tourism industry. In the decades followed, Kerala Tourism transformed into one of the niche holiday destinations in India. The tag line Kerala — God’s Own Country was adopted in promotions and became a global superbrand.

By the early 2000s, tourism had grown into a full—fledged, multibillion-dollar industry. The state carved a niche for itself in the world industry, thus becoming one of the places with the “highest brand recall”. In 2003, Kerala became the fastest growing tourism destination in the planet, and today continuous with a rate of around 13%.

Well known for its beaches, backwaters in Alappuzha and Kollam, mountain ranges and wildlife sanctuaries, other popular attractions include the beaches at Kovalam, Varkala, Kollam and Kapad; backwater tourism and lake resorts around Ashtamudi Lake, Kollam; hill stations and resorts at Munnar, Wayanad, Nelliampathi, Vagamon and Ponmudi; and national parks and wildlife sanctuaries at Periyar, Parambikulam and Eravikulam National Park.

The state’s agenda promotes ecologically sustained tourism, which focuses on the local culture, wilderness adventures, volunteering and personal growth of the local population. Efforts are taken to minimise the adverse effects on natural environment of traditional tourism, and enhance the cultural integrity of local people. 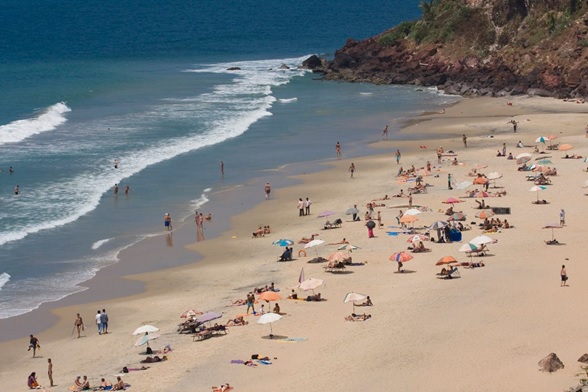 Explore the Specialties of Kerala

Kerala is renowned for some of its unique cultural and geographical characteristics. The practices and traditions handed down from generation to generation, alongside some of the natural wonders that we have been blessed with have attracted people to this land for centuries. From the ancient healthcare system of Ayurveda to picturesque hill stations and diverse wildlife, offers to the visitor a a wide range of attractions, the specialities of God’s Own Country.

Beaches for all tastes

Thanks to a 600 km long coastline that extends its entire length, 9 out of Kerala’s 14 districts have a beach to flaunt. Serene, secluded and spellbinding, some of them are among the best in the world. While Kovalam is perhaps the most famous of beaches, there are several lesser known ones, where one can experience the bliss of solitude. The beaches of Kerala are inseparably linked with the land’s history. Here you’ll find the footprints of ancient travellers and explorers on the sands of time. 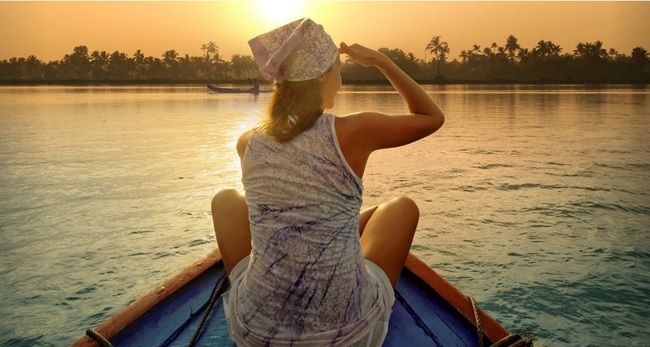 The essence of Kerala is its backwaters, a unique geographical formation comprising a network of lagoons, lakes, estuaries and canals, and form the basis of a distinct life-style. The people here lead a life centred around water with waterways replacing roads. A journey in a houseboat is the ideal way to discover the beauty of Kerala.

Known as kettuvallams, the houseboats of Kerala offer exquisite holiday experiences. Most of them come with bath-attached bedrooms, a living room, open deck and a kitchenette. The crew — an oarsman, a cook and, if required, a guide — ensure a voyage filled with simple pleasures, exotic sights and memorable experiences. During Onam, the harvest festival (Aug-Sept.), the serene backwaters come vibrantly alive as the venue for the legendary snake boat races of Kerala.

Kerala has a number of enchanting hill resorts, punctuated with cool plantations of tea and spices. These hills are embroidered with meandering roads, rivulets, springs and waterfalls and are much sought after by adventure sport enthusiasts — thanks to the excellent options for trekking, paragliding etc. With its sprawling tea plantations, picture-book towns, winding lanes and various holiday facilities, Munnar is one of the most popular hill stations in Kerala, one most sought after by honeymooners. 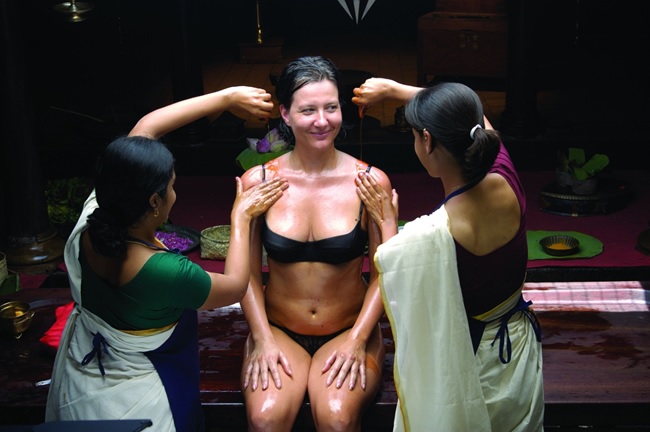 At Kerala, the holistic system of medicine based on nature, Ayurveda is practised to perfection. Long before the world discovered the magical power of Ayurveda, Keralites had made it part of their lives. The State’s equable climate and natural abundance of forests (with a wealth of herbs and medicinal plants) make it an ideal destination for Ayurveda. Ancient texts prescribe Kerala’s cool monsoon season (June — November) — when the atmosphere remains dust-free and fresh, opens the pores of the body to the maximum — as the perfect time for the treatments of Ayurveda.

Nestled in the lush forests of Kerala are 12 wildlife sanctuaries and 2 national parks with rare flora and fauna. Among these are the Neelakurunji, the exotic blue flower that washes the Munnar hillsides in blue once every twelve years, and the endangered Nilgiri Tahr. More than half the world population of the Nilgiri Tahr roam the hills of Eravikulam near Munnar. The attractive assortment of fauna in the forests of Kerala includes animals like elephants, sambar deer, leopard, lion tailed macaque, gaur, sloth bear, tiger, wild boar, bonnet macaque, and Malabar giant squirrel.

Kerala is popular for having majestic waterfalls. These scintillating cascades are famous picnic spots and excursion destinations round the year. The luscious Kerala waterfalls are a sight your eyes will never tire of feasting upon. 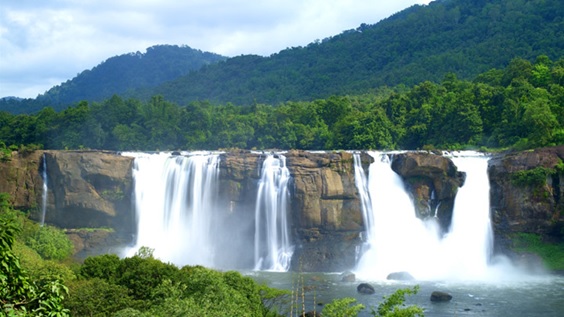 Athirappalli and Vazhachal Waterfalls in Thrissur

Typical Kerala cuisine is strongly flavoured and marked by liberal use of coconut. (The State produces 60% of India’s coconut). Rice is the staple diet. Kerala wakes up to one of the best breakfasts in the world — both in terms of taste and nutritional value — like puttu (made of rice flour and coconut) and kadala (gram) curry; idiappam (noodle like rice cakes) and egg/vegetable curry; appam (soft centred lacy pancakes) and mutton/vegetable stew. Served on a plantain leaf and eaten with the hand, the sadya is the traditional feast of Kerala. A three-course meal, the sadya includes an amazing variety of up to 40 vegetarian delights. Among non-vegetarian delights are the sea and backwater delicacies like prawns, lobsters, crabs, mussels etc. all enticingly cooked with exotic spices. Karimeen or pearlspot, a backwater fish famous for its great taste.

Kerala host a plethora of traditional festivals throughout the year. A wide number of regions and communities are involved in these celebrations. The State unites to commemorate these great occasions together and the entire place is covered in lights. There are huge processions and massive displays on the street with crowds thronging to soak in the pomp and splendour. Families gather from various corners of the world for these events and giant feasts are held. Festivals are among the best times to visit the State as they encompass what it truly means to be a Keralite.

In short, the unique set of geographical features of Kerala, the diversity of its culture and traditions, its flora and fauna, make this Land of God one of the most sought after tourist destinations in Asia. Each of its charming places is only two hours away by car, a unique advantage that few countries on the planet can offer. Kerala prides itself on the way in which its culture respect the past, while advancing in growth and progress. 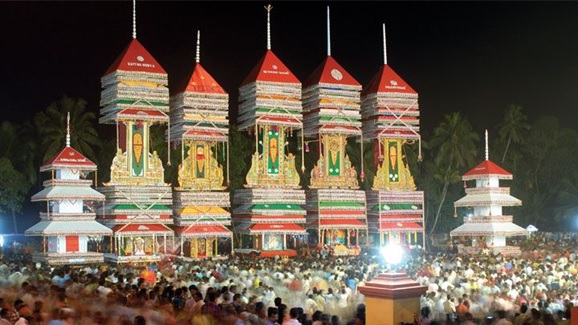