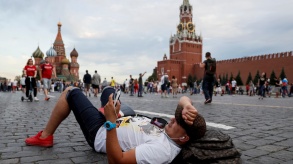 Russian President Vladimir Putin has signed an order to ensure the introduction of an electronic single-entry visa from 2021 for foreigners visiting Russia.

The service is currently available only for the Russian Far East region, where citizens of 18 countries can use electronic visas that are issued online. Starting from July 1, it will be possible to visit the Kaliningrad region using an electronic visa.

According to Kommersant newspaper, which saw the document, national electronic visas will become valid from January 1, 2021.

The single short-term (up to 16 days) e-visas will be universal, allowing people to visit Russia for tourism, business, and humanitarian purposes.

The list of countries whose citizens will be eligible for electronic visas will be prepared by the Ministry of Foreign Affairs.

According to Kommersant sources, China, South Korea, Japan, EU countries and non-EU Schengen states, as well as possibly New Zealand, will be included on the list. It is not currently planned to include the United Kingdom, Canada and the US on the list.

Unlike the e-visas issued for visiting the Far East and the Kaliningrad region, the all-Russia electronic visa won’t be free of charge, costing up to $50.

In the future, such visas could become multiple. A special mobile application is being planned for the convenience of customers, according to Deputy Head of the Ministry of Digital Development, Communications and Mass Communications Oleg Pak.

He said that Russia has the experience of hosting the 2018 World Cup, when foreigners entered the country without a visa if they carried a Fan ID. That experience and equipment will be used for providing services for the visa online service, said Pak.