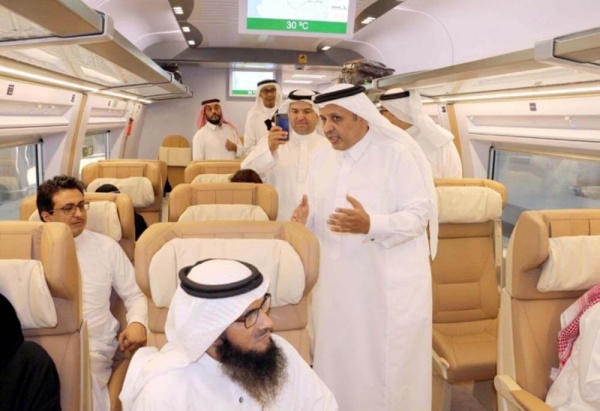 The joint agreement between Russian Direct Investment Fund (RDIF), Russian Railways and the Saudi Railway Company was sealed as part of a visit to Riyadh by Russian President Putin today.

The agreement “aims to jointly expand the SAR (Saudi Railway Company) network and projects related to the ‘Vision 2030’ program, as well as the supply of components for SAR,” according to an RDIF press release.

The two sides will consider the “potential supply of Russian systems to strengthen safety, as well as fostering transfer of knowledge from Russian railways to Saudi Railway.”

“The various financial and technological expertise from all sides will support the accomplishment of the ambitious tasks of modernizing the existing railway network, building new transport routes, and creating additional logistics opportunities for manufacturers and railway operators,” said RDIF CEO Kirill Dmitriev. “We look forward to working on the first projects in the near future,” he added.

The joint work of Russian Railways and SAR on infrastructure construction also aims to support the growth of trade through Middle Eastern transport routes, according to Dmitriev.