EU airlines black list: Who's on and who's off in Africa? 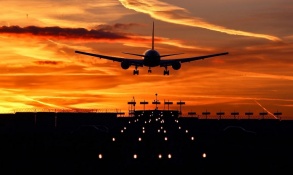 The latest update of the much-feared EU blacklist for airlines and even entire countries was published yesterday, and at least in two African countries this was cause for celebration.

Zambia, following months of technical assistance by EU aviation officials, finally cleared the hurdle and saw the various improvements, in both oversight as well as safety regulations put into place, rewarded when the country’s airlines were cleared to resume flights into and across Europe.

Further out in the Indian Ocean, Air Madagascar passed the test when the airline was finally cleared again to operate flights into Europe once more without having to resort to wet or dry leases.

Good fortunes, however, did not yet shine on TAAG of Angola and Air Comores, which remain on a partial ban list and are only allowed to operate specific aircraft types approved by the European regulators.

In total, remain 219 airlines from 19 countries are banned from flying into European airspace due to continued concerns over regulatory issues and safety of airlines, something the EU is now assisting those countries to address through technical assistance.

For Zambia in particular, and also for Madagascar, this will be a boost for their respective aviation sectors and tourism, which should benefit in the future from having their bans lifted.