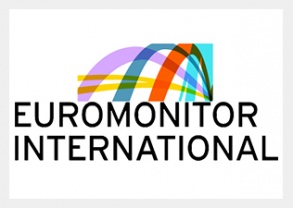 Geopolitical tensions, whether terrorism or political concerns, have impacted the traditional sun and sea destinations in locations such as the Mediterranean Sea, with safer destinations winning out. “The substitution effect, where tour operators shift capacity away from troubled hotspots to more stable countries, is visible” says Caroline Bremner, Head of Travel Research at Euromonitor International.

International arrivals declined in Egypt and Tunisia, suffering a negative growth of 25 percent and 5 percent respectively, as the travel industry and consumers shun trouble for the safer shores of Spain, Portugal and Croatia.

Global uncertainty also hit the UK, with the Brexit vote expected to affect domestic tourism in the short to  Euromonitor International predicts 2.3 million less visitors during the Bremner adds “Destination branding and consumer desire to travel would be hit hard by the uncertainty Brexit provides in the short to  The EU source markets, such as Ireland, Germany and Spain, along with the US, would experience the sharpest forecast change in volume. However, a pound slump after Brexit would help entice visitors to the UK.